Travis Noland just completed his 7th  season as head coach at Oconee County High School and his 21st season as a Head Coach. During his time in Watkinsville, Coach Noland has posted a 60-25 record while the Warriors have enjoyed 7 consecutive playoff appearances, a 2019 AAAA State Runner Up, 2020 AAA State Runner Up  as well as the 2015 Region 8-AAA,  2019 Region 8AAAA, & 2020 Region 8AAA Championship . Coach Noland has a career record of 179 - 87. Coach Noland was named the 2015 Region 8-AAA Coach of the Year. He was also named as the Head Coach of the North Team in the 2016 GACA North – South All-Star Game.

Prior to arriving at OCHS, Coach Noland spent 9 seasons at Stephens County High School. Noland made school history winning 3 consecutive Region Championships in 2005, 2006, and 2007, and shared the title of Co-Champions in 2008. Noland compiled a record of 73-30 and made  the State Playoffs 8 of the 9 seasons. While at SCHS, Coach Noland was Anderson Independent Coach of the Year in 2005, Region 8-AAA Coach of the year in 2007 & 2008, and was Region 8-AAA Athletic Director of the Year in 2008 and 2010.

Prior to his career at Stephens County, Coach Noland began his career in North Carolina as an assistant coach, coaching at Cherokee High School, Pisgah High School, and A.C. Reynolds High School. In 1998, Coach Noland began his head coaching experience at Clyde Erwin High School. Prior to taking over the helm at Clyde A. Erwin, the school had the worst winning record in North Carolina over a 9 year span going 9-83 with 5 winless seasons. Coach Noland helped rebuild the program, making the playoffs his second season as Head Coach and continued that tradition, making the playoffs 3 out of his 5 seasons.  In 2000, his team won the only conference championship in the school’s history and Coach Noland was named WWNC Buncombe County Coach of the year. Coach Noland’s record at Clyde A. Erwin was 29-26. He left Erwin High School in 2003 to take over the lead at Tuscola High School. For the 2 seasons he was there, Tuscola went 17 – 6 and made the playoffs both seasons. During his coaching tenure, Coach Noland has had 48 athletes play collegiate level football. He played his college football as a Quarterback at Appalachian State and he and his wife Julie have 3 sons, Zeb (23), Abe (22), and Ben (18). 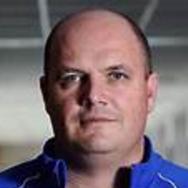