Coach Armstrong presently serves as the OC for Baker County High School in Florida.  Coach has been a Head Football Coach for 15 seasons and has led five different schools to the State Playoffs.

In 1997 he served as the Head Coach for the State Semifinalist at Graceville High School, FL.

In 2011 Rob was the Head Coach for State Runner-up Chipley High School in FL.

In 2013 Coach moved to Clark Atlanta University to accept the role of Offensive Coordinator.

Coach has been a part of the impressive run at Baker County with a State Runner-up in 2018 and State Semi-Finals in 2019.  They captured the State Title in 2020 and led the Nation in Rushing with 5200 yards. 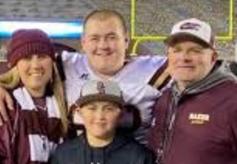