Creasy has been named to several State Coach of the Year awards. 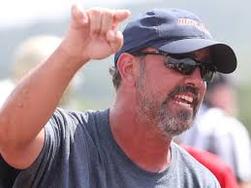