I recently retired after my 10th year as offensive coordinator at Wake Forest HS and a total of 33 years in North Carolina.  Over the past ten seasons, our overall record was 120-17 with seven conference championships, seven appearances in the Eastern Regional Finals, two-time state championship runner-up (2013 & 2014) and 3 state championships (2016-2017-2018).  During this same period, we averaged over 36 points and 347 yards of offense per game running a combination of traditional under center and Pistol Wing-T. 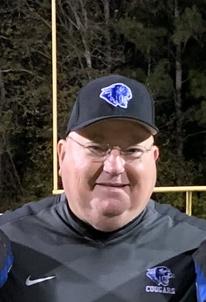